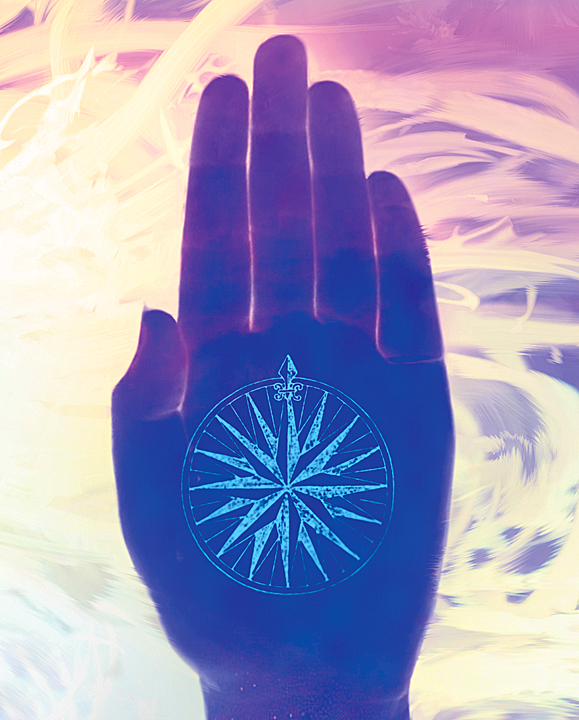 ALL BLOGS POSTS STARTING MAY 1st, 2020 WILL BE POSTED HERE.

The Art of Ideas 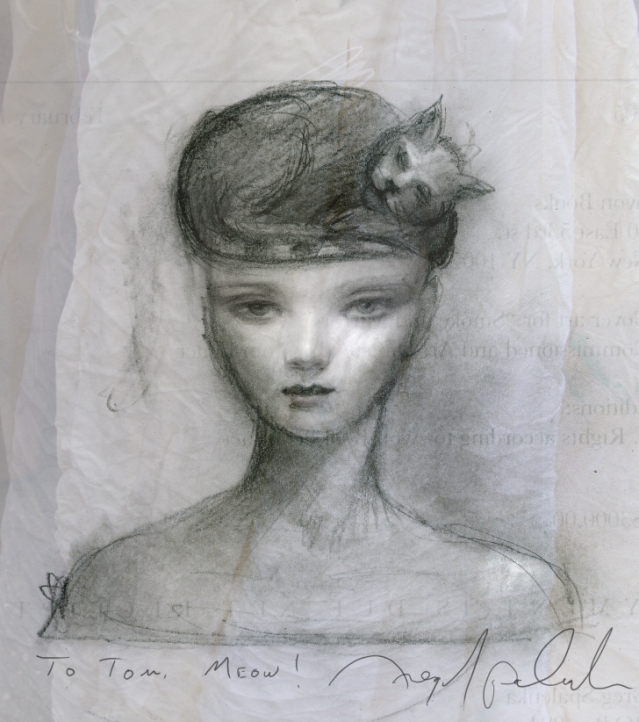 “A good idea is just an idea until you make it real.” -Dee Arisman

The idea is the foundation of all great art… but how to get to a good one? Sketching is one way. It has been my experience that the art of ideas are birthed through the sketches that begin to define them.

For many sketching is a matter of seeing. Understanding eye-hand coordination is important to drawing skill. The more you practice the better you get at it. I like to say, the beauty is in the doing.

For me the sketch is more about mining ideas, sensing compositions, feeling out the possibilities. In my career as an illustrator in publishing or as a concept designer in film diving deep into the imagination is crucial for success in these fields.

There are different techniques to arrive at a good idea through word and image association, doodling, random serendipity, meditation, contemplation, research, spontaneous combustion, the list can go on and on. I brainstorm images that connect to words in the story, poem, or song. 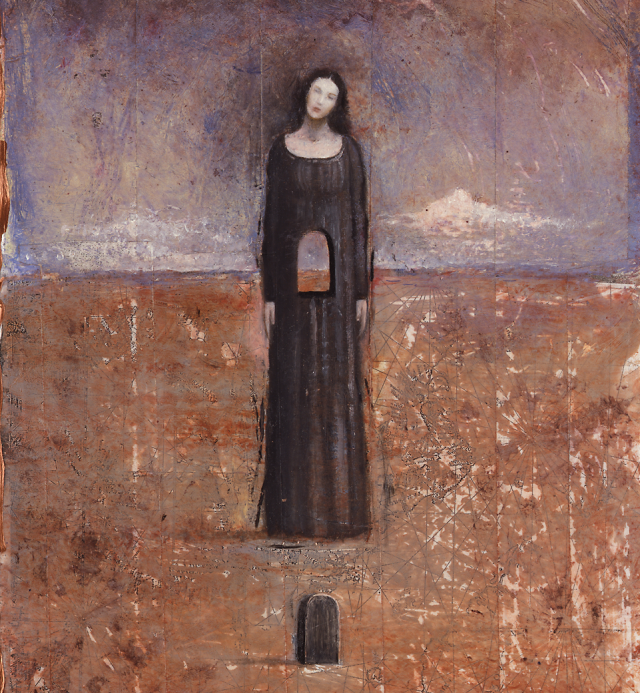 Article on women who lose their babies in child birth.

I start by determining the important facets that need to be addressed in a story, or image. Then I cross reference lots of simple icons in the form of thumbnails and loose sketches to lock in a unique concept. This process can be labor intensive and take a while. It is the hardest part of the job and can be incredibly frustrating because I do not want to rely on borrowed interest or rehash cliched ideas. I keep digging for it. 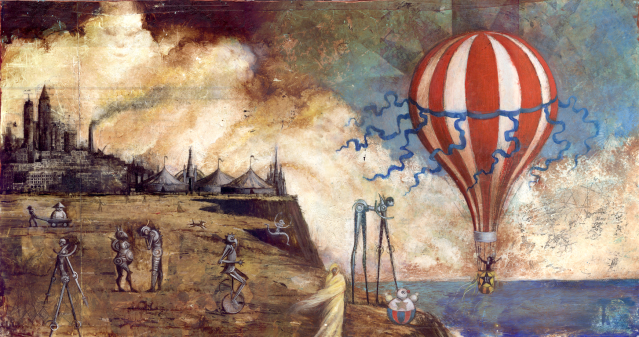 When the scribbles start to blossom from the mind’s eye, a certain excitement starts to build within me. The drawing can be small and very rough, yet I can feel a new image being birthed and the potential of what this art can say to others. It all begins with the sketch. 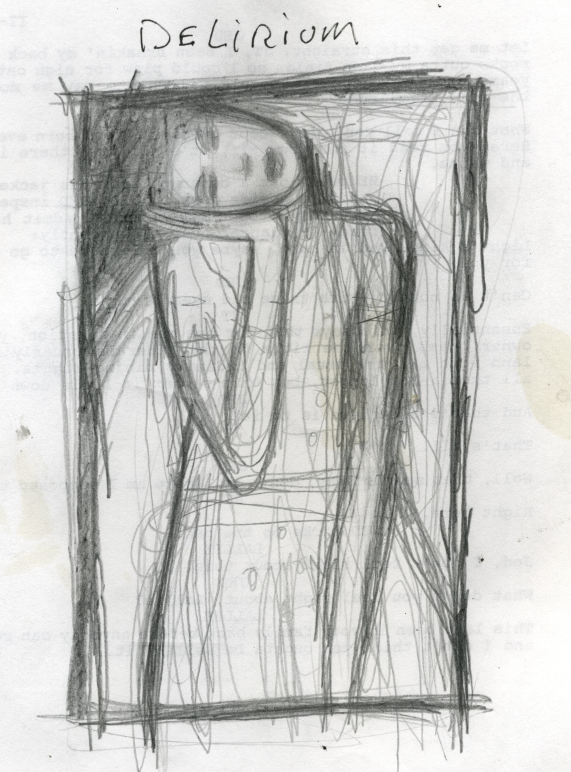 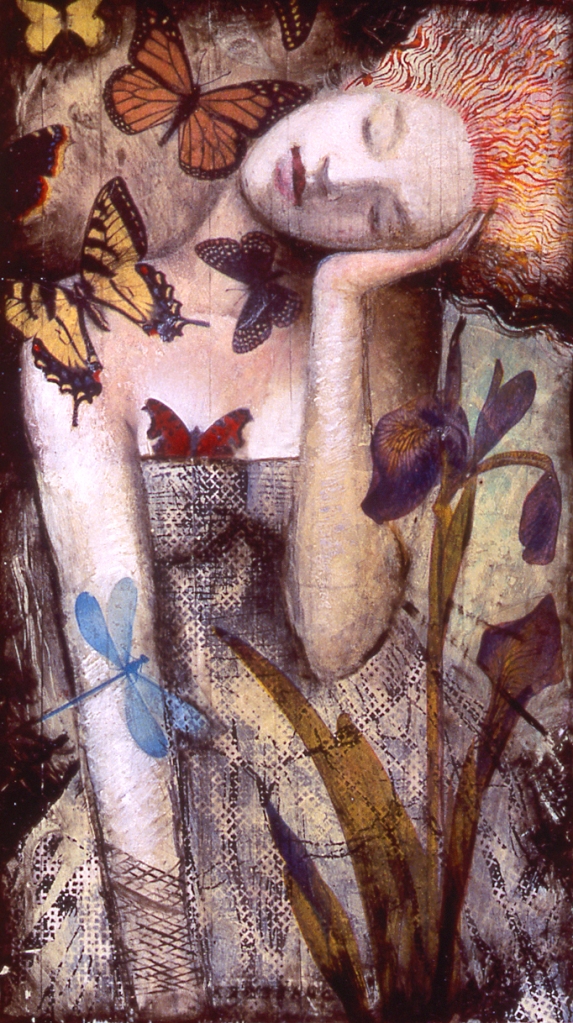 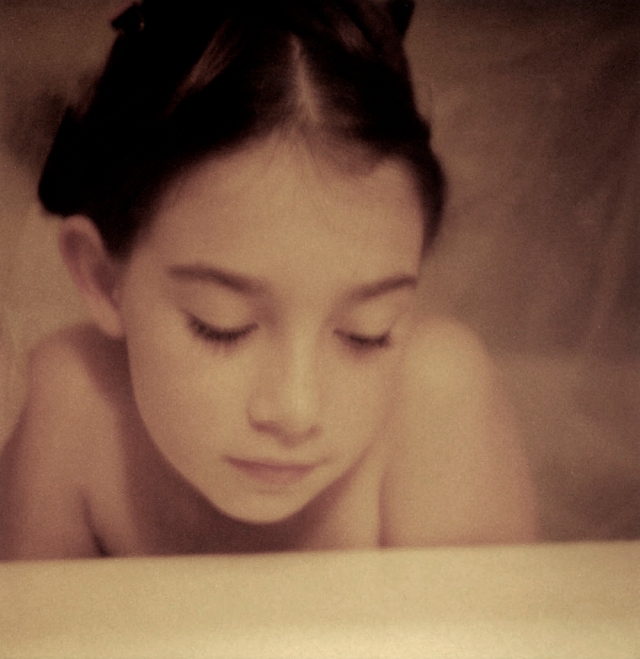 Eve Villa Neuhart is my stepdaughter. It is her birthday today and so wanted to celebrate her as an art spirit that inspired and helped me with many of my artworks as a model.

When I needed reference for specific illustrations, I would ask someone to pose for me. Generally, the search would be for a person who I felt reflected the spirit of the art to be produced , but who I also had easy access to. Hence, many times family, friends, or someone who lived close by fit the need.

Eve was usually up for acting the part and was transformed into many characters along the way. Thank you Eve… and Happy Birthday! 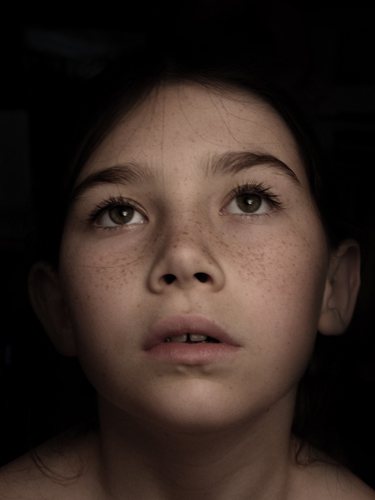 Eve posed for many illustrations over the years. It is fun seeing her grow up through some of these photos and artworks.

You can see Eve’s influence in this poster. I made her look a little older from the earlier reference. The pictures are always a starting point for the art and generally change as the image evolves. 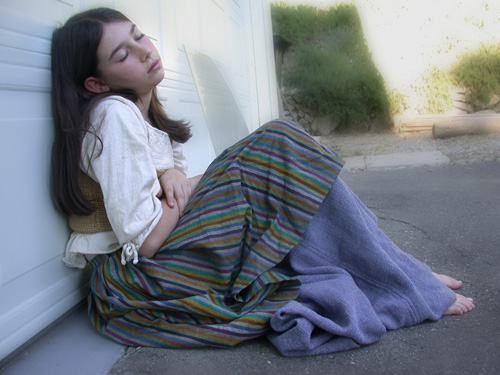 As Tanisa in, “The Eyes of the Unicorn” children’s book. 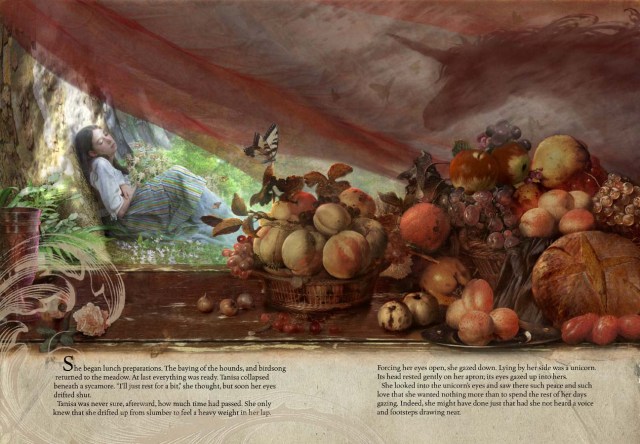 Tanisa slumbers while a magical visitor arrives… “The Eyes of the Unicorn” children’s book, written by Teresa Bateman, published by Holiday House. 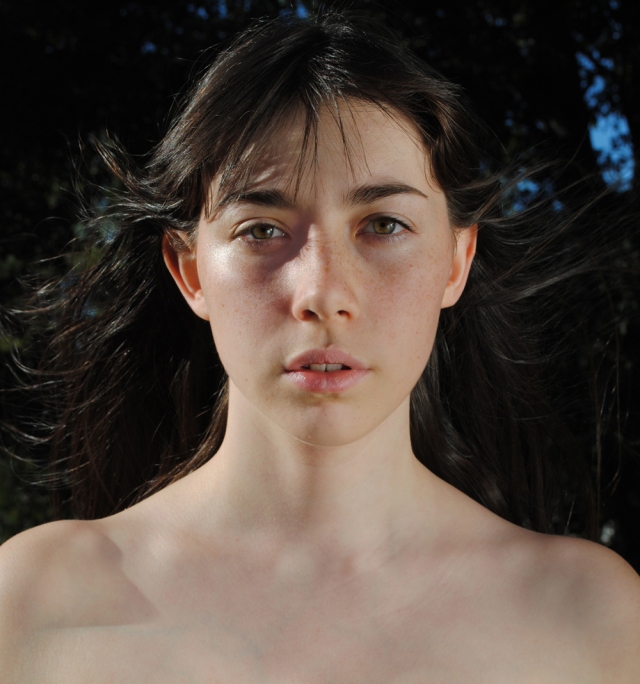 Love this photo. This was taken as an inspiration or the Chester College poster. 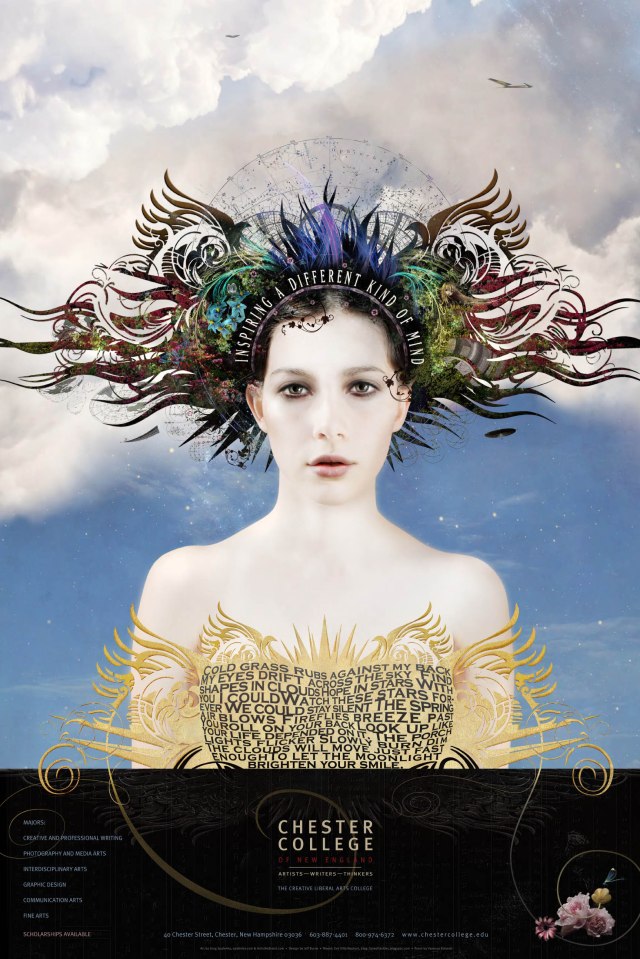 The final Chester College art has a different feel over the photo reference, it is less earthy, but this is where the illustration evolved to. 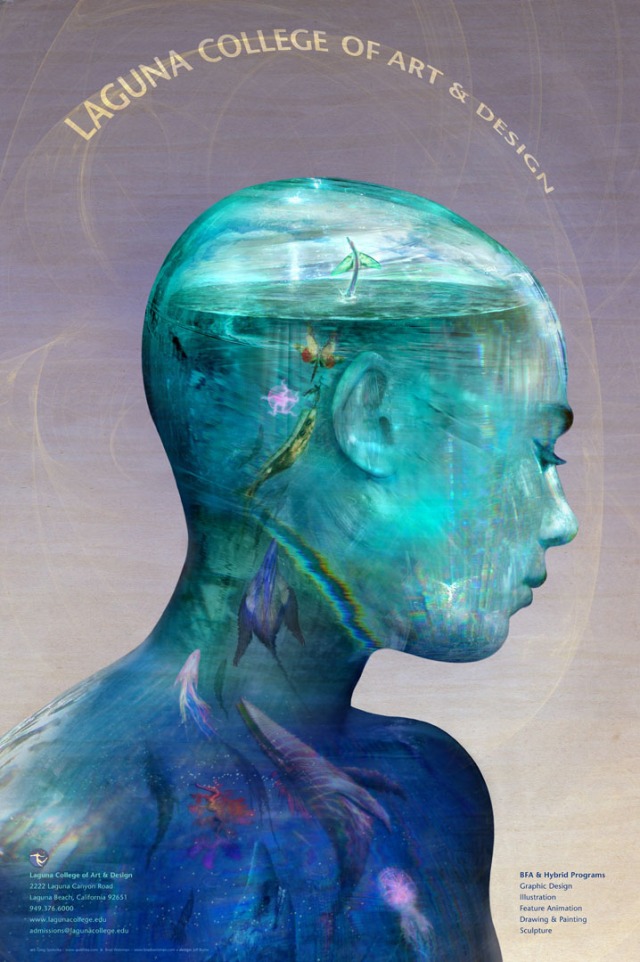 Another poster for Laguna College of Art and Design. Eve was pushed into a more fantastical image here but you can still feel her presence. 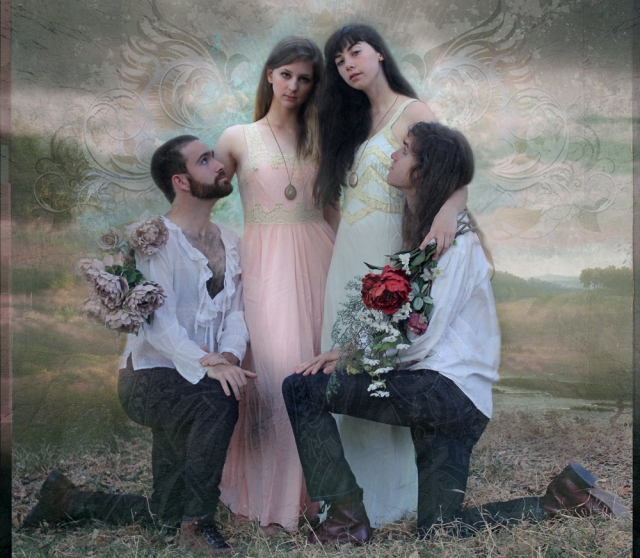 There are moments when several friends/models come together and create a synergy. This image for Roxana Illuminated Perfume. 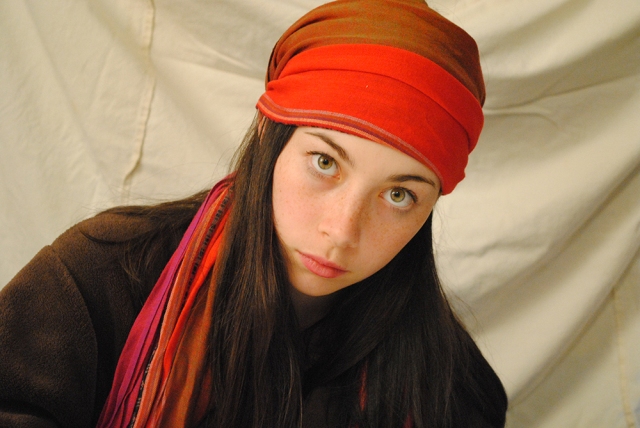 Eve, au naturale! Eve is now an actress in theater, film and commercials. See some of her work here. 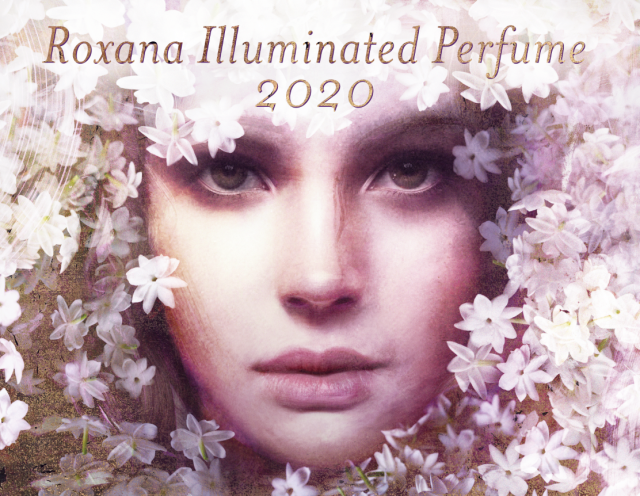 UPDATE- Look for the 2021 calendar in November.

I created a limited edition 2020 calendar with Roxana Illuminated Perfume. It has some new and classic pieces of my art in it as well as some of Roxana’s exquisite photography. Roxana has also added a dose of poetry, alchemy and nature within its pages. $19.95. Get yours 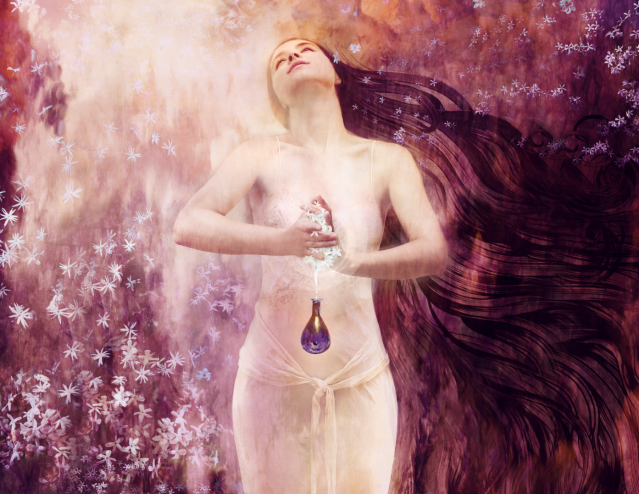 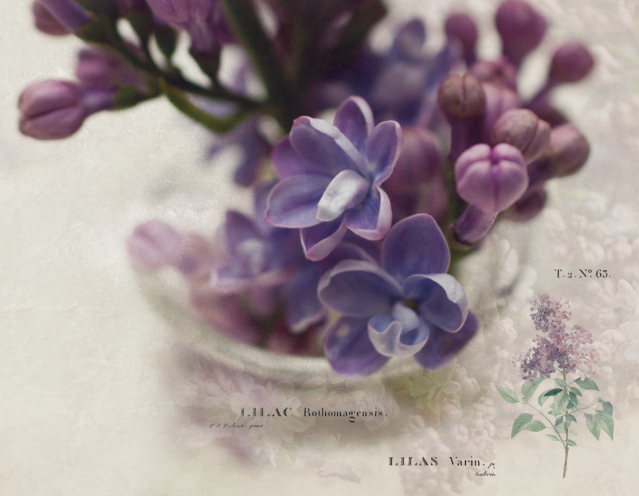 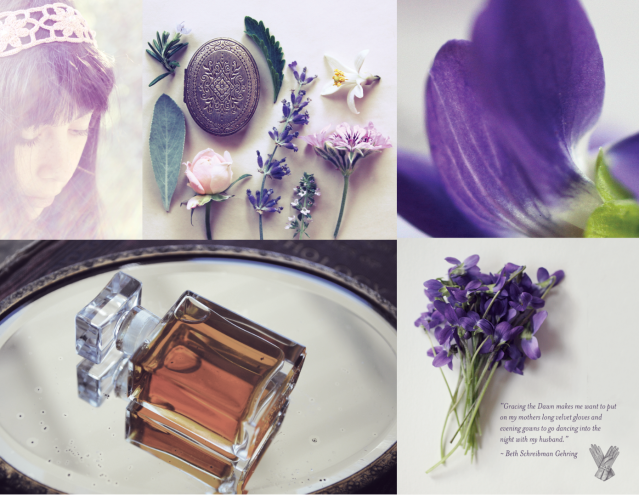 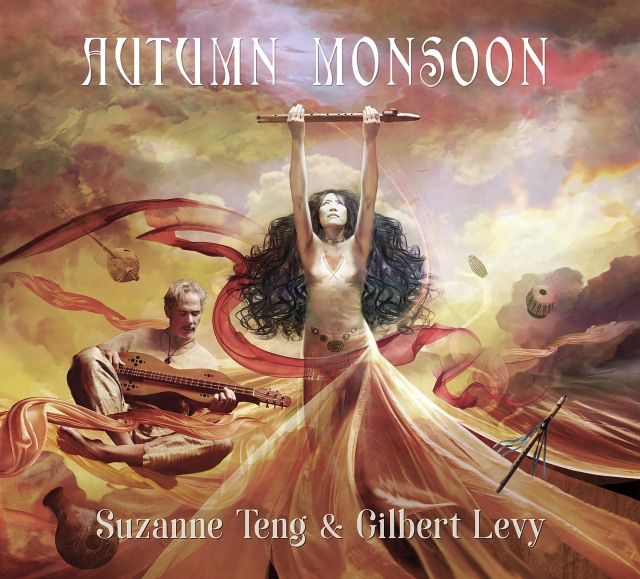 My art and design for Suzanne Teng and Gilbert Levy’s new album. Check it out at MysticJourney.net 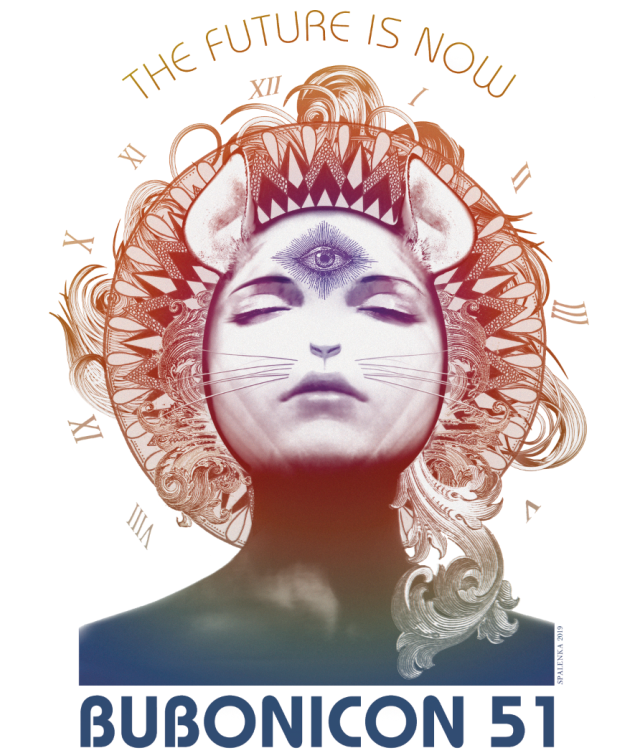 I am the guest artist at this years Bubonicon, one of the oldest Sci-Fi – Fantasy conventions in America! In Albuquerque, NM, Aug 23-25. I will be presenting a multi-media lecture on my art career as well as on other panel discussions. There will be a table of my prints and other items for sale. 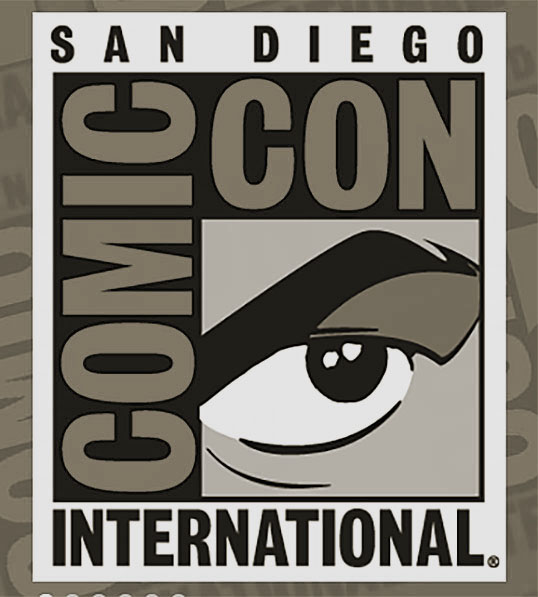 “Comic-Con has become more of a pop cultural festival, and to not be included feels like you’re missing the biggest celebration of the year.” -Felicia Day

Who is coming to the San Diego Comic Con? If you want a special piece of art, print, card set, book, music etc. let me know and I will bring it with me so you do not have to pay for shipping! I am only bringing a limited amount of items, so let me know. Email me or go to my website and order the item(s) and I shall hand it to you personally along with a grateful hug! See you soon in Artist Alley – EE24

In honor of Earth Day 2019, I will print up a limited edition of my sold out, Fountainhead print. I am printing only the orders for this special edition, no extras. This special will be available for 24 hours only. Each print will be signed, numbered (for this one time Earth Day edition) and graced with an intimate alchemical drawing of the Goddess on the border.

Fountainhead means the original source. This image represents Gaia sharing her life giving essence to vitalize and renew the planet. The knight is a symbol of our responsibility to protect and revere the bounty of this unique, magnificent earth we live on.

My art is created with the intention to imbue the subconscious mind with positive, uplifting concepts, so that like a mantra or a mandala each time it is viewed there is an awakening to the power within us to make changes that benefit our lives, and everything around us.

This 18”x24 archival print is a one time, 24 hour only opportunity for Earth Day 2019. I support my local printer by having these prints made in Santa Fe. 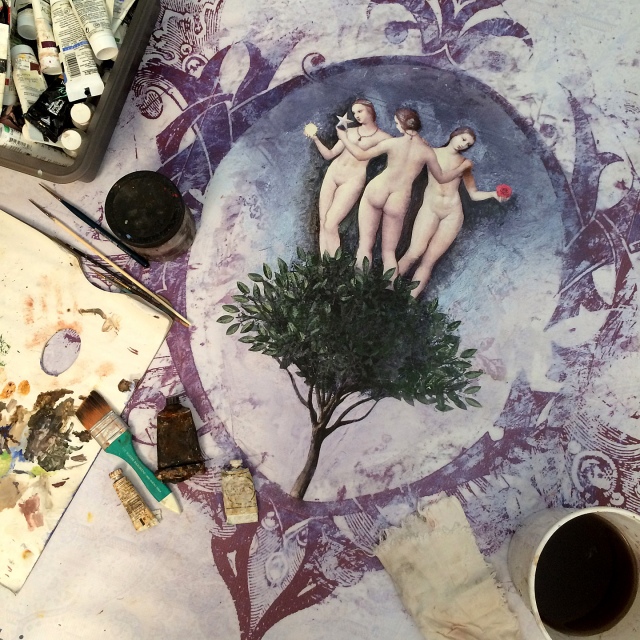 Nature’s Graces evolved from a banner to an original piece of art to honor the great artist, Raphael. An Italian painter and architect of the High Renaissance. His work is admired for its clarity of form, ease of composition, and visual achievement of the Neoplatonic ideal of human grandeur. Together with Michelangelo and Leonardo da Vinci, he forms the traditional trinity of great masters of that period.

The Three Graces, goddesses of such things as charm, beauty, and creativity were well known in Greek mythology. In Roman mythology they were known as the Gratiae. Here I have shifted the concept to include the caduceus, the  kundalini and the Tree of Life.

You can see the evolution of the art below. It is about 5’x5.5′, acrylic, oil, gold leaf, honey, coffee, varnish on vinyl. The hand made frame was designed by me. It is a beautiful piece and available for purchase. Make me an offer! 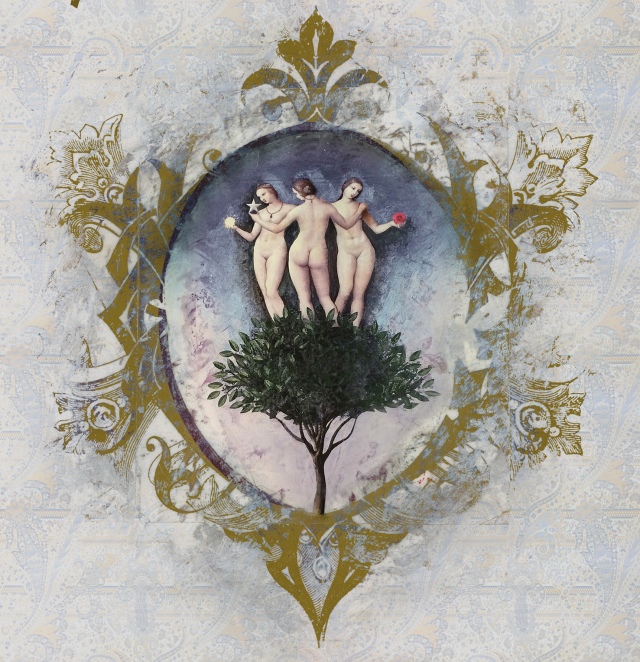 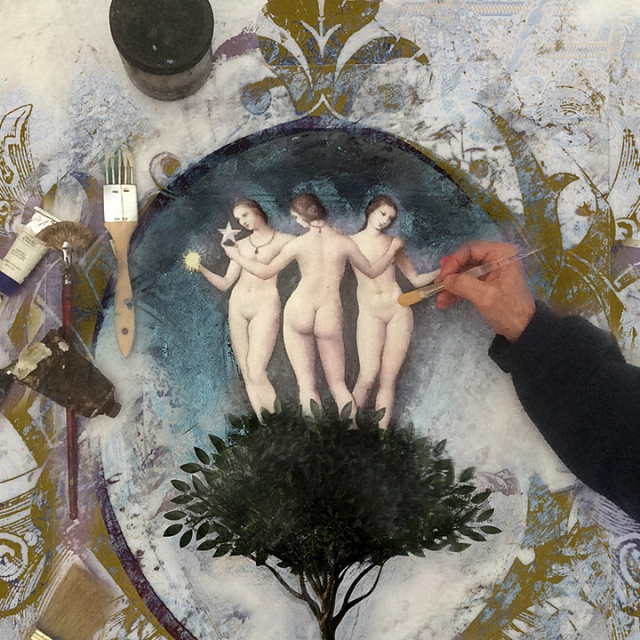 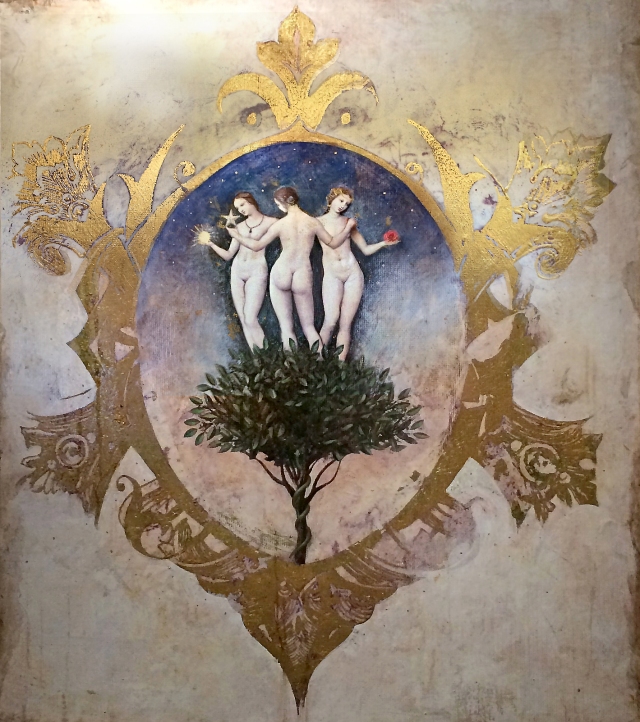 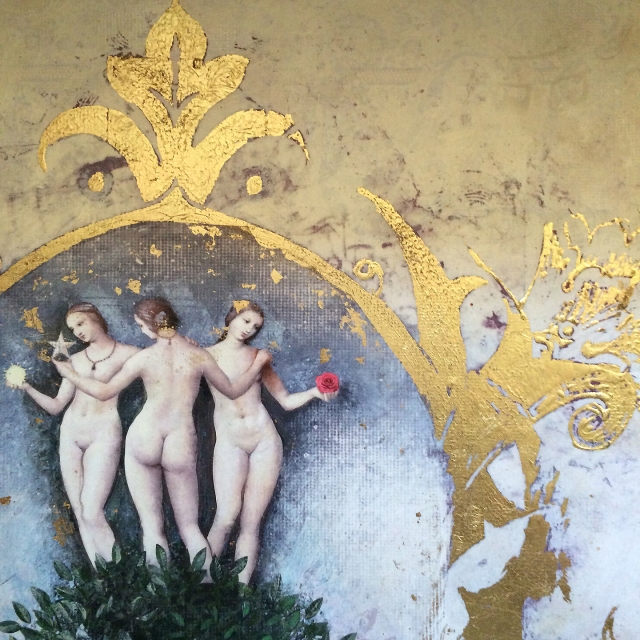 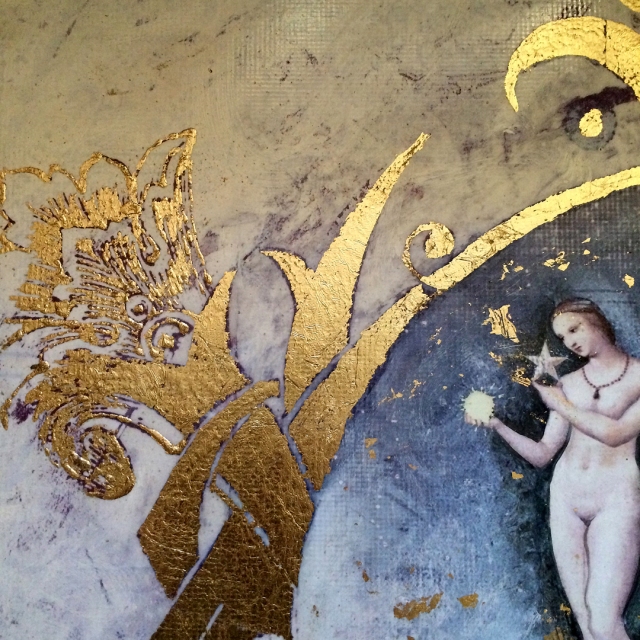 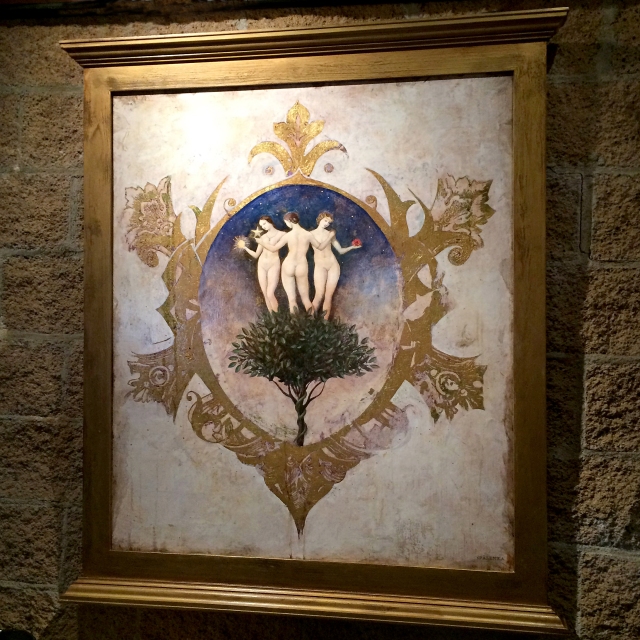